Nearly 1 million people are flying in and out of Punta Gorda Airport so far this year.

“It’s amazing the number of people that are passing through this little airport,” said Jeff Barlow, of Punta Gorda.

Cost and convenience are reason enough for some passengers to fly out of Punta Gorda rather than Southwest Florida International Airport.

“I paid less than half,” added Richard Marquez, of New York.

“The explosion of Allegiant flights, as it keeps growing, has been a big economic boom for everybody along the southwest gulf coast,” Lorah Steiner, Charlotte County Director of Tourism.

According to the airline, the new flight could bring in more than 18,000 visitors to southwest Florida.

Just weeks old, Frontier Airline is parking itself right next door to its only competitor at the airport.

“I’m amazed that they are building as much as they have in the infrastructure and so forth when it’s as close to Fort Myers, said Wilhite.

RSW is the go-to airport in Southwest Florida for nearly 6.5 million people this year and counting.

But with competitive rates less than forty miles away, some are willing to make the drive.

“They’re interested in coming here, we just need to hook them,” said Steiner. 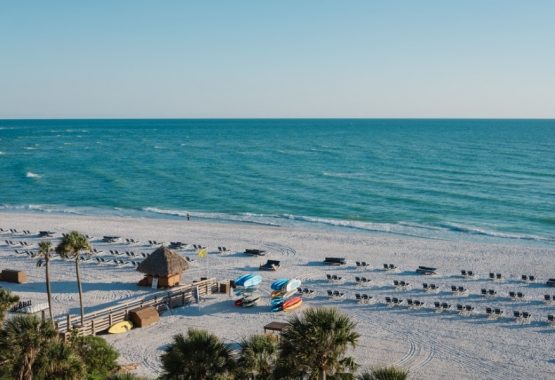 Charlotte County commissioners passed a rezoning for the old Placida Fishery site, along with new regulations to prevent credit-card skimmers at local gas stations. Both measures passed unanimously Tuesday. Construction on the new project in Placida could begin in a year, and be complete in several years, Placida Point LLC owner Jay Feinberg told the Sun after […]

About Charlotte Harbor & the Gulf Islands

Florida’s premier year-round eco-tourism destination, Charlotte Harbor & the Gulf Islands is known for its pristine, unspoiled beauty. The area has hosted seven major feature films, been featured on SAIL magazine’s list of the “10 Greatest Places to Sail in the United States,” ranked by Golf Digest as the “Third Best Place to Live and […]

TALLAHASSEE (AP) — Florida legislators passed 279 bills during this year’s session three months ago, and 161 of them take effect on Friday with the start of the state’s fiscal year, affecting school choice, rape kit testing, tax cuts and many more aspects of life in the Sunshine State. A law redefining when abortions can be […]